He can’t win if he’s playing The Wrong Game..

The Wrong Game, an all-new angsty, emotional and fun sports romance from Kandi Steiner, the bestselling author of A Love Letter to Whiskey, is LIVE! 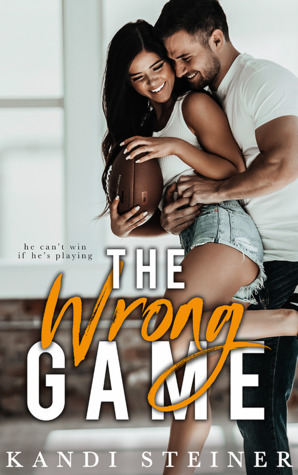 Zero interest in a relationship.

The plan is simple: a brand new, hot, preferably funny, definitely single male will fill one of those seats for every Bears game at Soldier Field. And I’ll fill the other.

I can’t think of a better way to use the season passes I’d bought for my ex-husband. I am a woman of plans, and this one’s foolproof.

Until Zach Bowen offers to be my practice round.

He’s infuriating. Presumptuous and overbearing. And absolutely, undeniably gorgeous. Any woman with a heartbeat would be attracted to him, and mine picks up speed every time he speaks.

But as I said, I’m a woman of plans — and I’m not backing down on this one.

One night. One game. And then, his time’s up.

He can try to change the rules, but here’s the truth: he can’t win if he’s playing the wrong game. 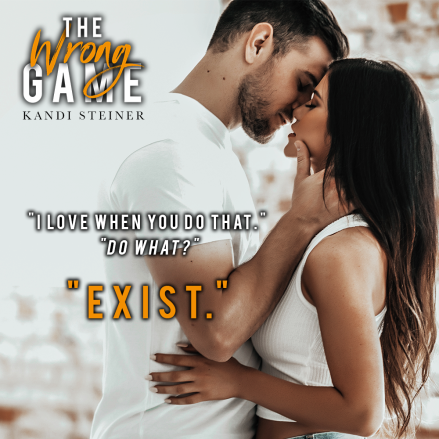 Kandi Steiner is a bestselling author and whiskey connoisseur living in Tampa, FL. Best known for writing “emotional rollercoaster” stories, she loves bringing flawed characters to life and writing about real, raw romance — in all its forms. No two Kandi Steiner books are the same, and if you’re a lover of angsty, emotional, and inspirational reads, she’s your gal.

An alumna of the University of Central Florida, Kandi graduated with a double major in Creative Writing and Advertising/PR with a minor in Women’s Studies. She started writing back in the 4th grade after reading the first Harry Potter installment. In 6th grade, she wrote and edited her own newspaper and distributed to her classmates. Eventually, the principal caught on and the newspaper was quickly halted, though Kandi tried fighting for her “freedom of press.” She took particular interest in writing romance after college, as she has always been a diehard hopeless romantic, and likes to highlight all the challenges of love as well as the triumphs.

When Kandi isn’t writing, you can find her reading books of all kinds, talking with her extremely vocal cat, and spending time with her friends and family. She enjoys live music, traveling, anything heavy in carbs, beach days, movie marathons, craft beer and sweet wine — not necessarily in that order.