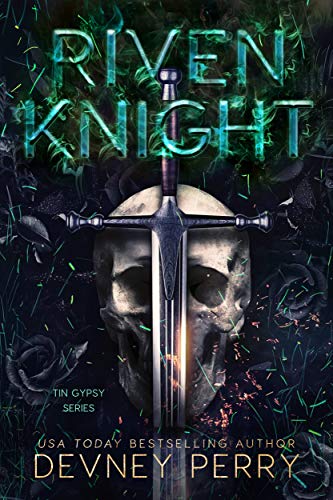 Genevieve Daylee didn’t expect to be standing in front of a judge on her twenty-seventh birthday. But ever since her life became entangled with a former motorcycle gang, she’s learned not to expect anything but trouble.

Her mother, a woman she once admired and adored, is gone, leaving behind a trail of secrets and lies. She’s living in a tiny apartment above a garage owned by her brother, a man who loathes her very existence. And the father she met beside her mother’s grave is as much of a stranger as Isaiah Reynolds, the broken man with soulless eyes standing beside her in front of the judge.

Isaiah is her protector from the murderer at large in Clifton Forge. Though he’s more like a riven knight in dented armor than a prince on a white stallion. She knows next to nothing about him, other than he works as a mechanic. As of tonight, he’ll be sharing her bathroom.

And, according to the judge, Isaiah is now her husband.