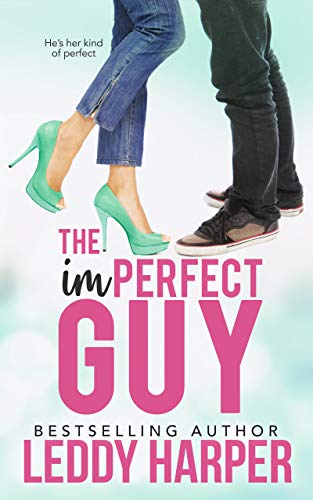 I never set out to be famous. It sort of fell into my lap.
Just like Finn.

He was exactly what I needed in an assistant, and the exact opposite of everything I looked for in a guy, which made hiring him an easy decision.

It was perfect.
Then it wasn’t.

One by one, I started to fall for all of Finn’s imperfections, leaving me to question…

Was I simply looking for all the wrong things in a man? Or was Finn perfect because he was imperfect?

Add it to your TBR – http://bit.ly/imperfectguyTBR

Leddy Harper had to use her imagination often as a child. She grew up the only girl in a house full of boys. At the age of fourteen, she decided to use that imagination and wrote her first book, and never stopped.

She often calls writing her therapy, using it as a way to deal with issues through the eyes of her characters.

She is now a mother of three girls, leaving her husband as the only man in a house full of females.

The decision to publish her first book was made as a way of showing her children to go after whatever it is they want to. Love what you do and do it well. Most importantly Leddy wanted to teach them what it means to overcome their fears.