Staci Hart has a new series coming and you best prepare yourselves! Bright Young Things is coming and the first book in the series is Star Bright, coming July 14, 2020.

Pre-order your copy from your favorite online bookish retailer below!

You are cordially invited to the party of the century.

There’s no greater thrill than in the moment a courier hands you the heavy invitation with those words etched on the front. Because you just joined the most exclusive group in New York.

Lavish parties. Irreverent treasure hunts. Every event is a spectacle, stalked not only by the media, but by the police commissioner, who’s declared himself the morality police, heading up a charge leading to raids and arrests and the constant threat of danger.

But that’s all part of the fun.
That, and the secrets.

Like, who sponsors these parties? The trail leads back to one mysterious name, an homage to the original Bright Young Things of a century ago: Cecelia Beaton.

And no one knows it’s me.

Everyone has secrets, and mine is safe. Until I meet him. He comes out of nowhere, armed with ample charm and a tilted smile. Dark eyes promise to devour me—all I have to do is give him permission. And before I realize it, he finds his way into my heart, into my life, with dangerous ease.

Because he has secrets of his own, secrets that could bring down everything I’ve built.

Even the best kept secrets have a way of getting out.
And if mine does, I’ll lose more than my heart. 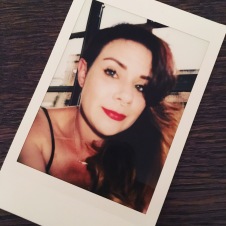 Staci has been a lot of things up to this point in her life — a graphic designer, an entrepreneur, a seamstress, a clothing and handbag designer, a waitress. Can’t forget that.

She’s also been a mom, with three little girls who are sure to grow up to break a number of hearts. She’s been a wife, though she’s certainly not the cleanest, or the best cook. She’s also super, duper fun at a party, especially if she’s been drinking whiskey.