Their love story sparked a brushfire that grew into the legacy of Lorelei James’s Rough Riders series. This standalone historical romance is a prequel to the McKay family saga. 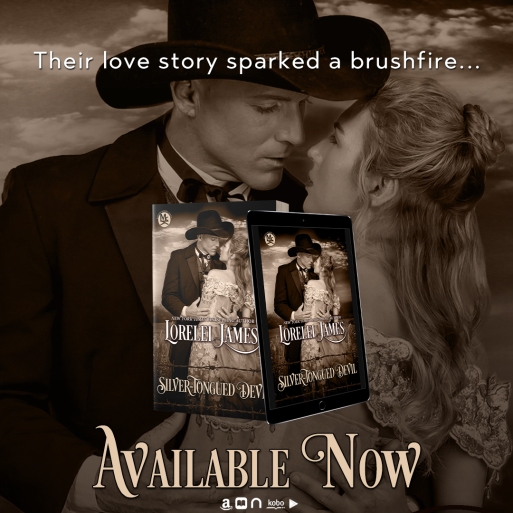 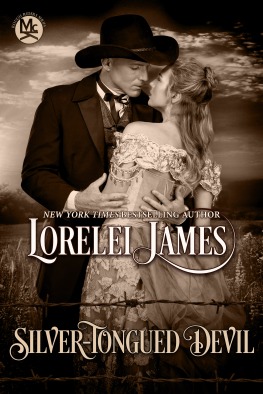 The West doesn’t get much wilder than Silas McKay. He’s earned his cowboy reputation not just as a rancher, but as a brawling card sharp who’s short on cash but long on charm. And just as soon as he claps eyes on the pretty new schoolteacher? Well, Dinah Thompson is about to discover what courtin’s like McKay-style—sweet, hot and passionate.

Luckily, Dinah’s got the sass and sense to stand up to Silas’s shenanigans. She relocated to rural Wyoming to teach and become a self-reliant woman, not to spend her nights dreaming about that blue-eyed rogue and his ranchwork honed-body. But Silas McKay’s powerful appeal and tempting promises convince Dinah to recklessly go all in with him.

When Silas’s long-standing rivalry with Zeke West puts Dinah, Silas and his twin brother Jonas in danger, each one is forced to make difficult decisions about taking a chance to build their legacy . . . and a love that transcends time. 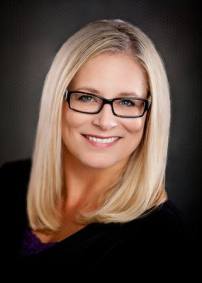 Lorelei James is the New York Times and USA Today bestselling author of steamy westerns in the Rough Riders series and the Blacktop Cowboys® series, steamy romance in the Mastered series, contemporary romance in the Need You series and Want You series, and the New Adult Rough Riders Legacy series, as well as several stand-alone novels and novellas.

Lorelei’s books have been nominated for and won the Romantic Times Reviewer’s Choice Award as well as the CAPA Award. Lorelei also writes gritty mysteries under the name Lori Armstrong.

Both she and her alter ego live in western South Dakota–yes, by choice–with her husband, and Copper, their crazy corgi who has made their empty nest more interesting.