LOVE AT FIRST FIGHT is now live! You have to grab Carrie Aarons’ steamy, hate-to-love romance about a broody alpha who falls in love with his best friend’s girlfriend. After pretending to hate her to mask his feelings, it’s going to be pure torture spending the entire summer rooming right next door in their Hamptons’ rental … especially now that she’s single 😉 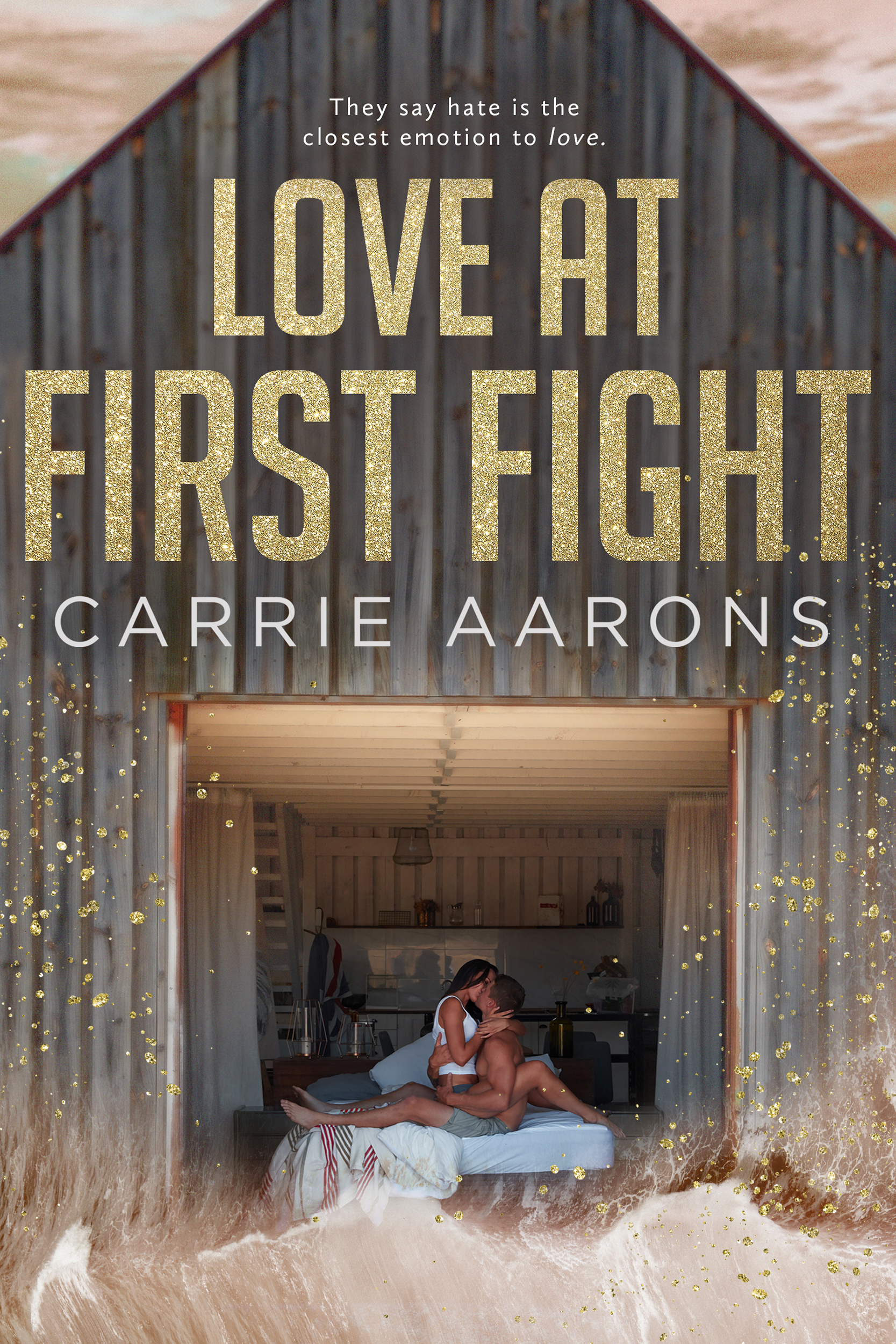 This summer was supposed to be spent lounging on the beach, madly in love with my boyfriend.

Until he decided to move to Singapore, and break up with me an hour before his plane left.

Now I’m stuck in a Hamptons house share with six of his closest pals, including his best friend … who despises me.

Since the moment Smith Redfield laid eyes on me, he’s hated my guts. I’m serious, I think the raven-haired restaurateur gets physically sick just being in my presence. And he’s never been shy about hiding that fact.

There was the time he cackled when I landed face first in a pile of Manhattan trash bags. Or the night I tried to throw my ex-boyfriend a surprise party, and Smith had strippers crash the bash. Or maybe it was New Year’s Eve, when he got in my face and called me a sheltered goody two-shoes who wouldn’t know passion if it smacked me in the lips.

He’s rooming right next door for the summer months, and I don’t think more animosity could exist than in the hallway of our vacation rental. As if I wasn’t already sporting a bruised ego and broken heart from the way his best friend left me.

But the more midnight run-ins we have, the more I can’t help but think about the way his mouth would feel against mine. With each heavy-eyed glance over the dinner table, I’m starting to wonder if the damaged alpha male doesn’t harbor more than just loathing towards me.

After all, they say hate is the closest emotion to love.

And with the way we’re skating that thin line, it’s bound to burn this whole house down.