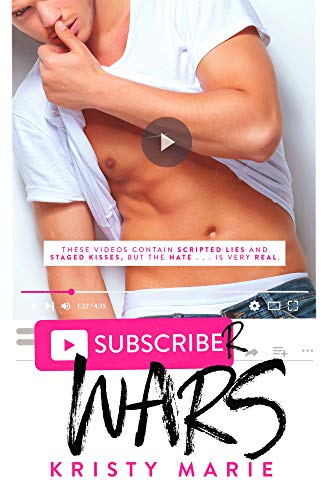 I can explain.
Kind of.

I realize the wig and makeup don’t help my case, but that’s not the point.

The point is, Sebastian came at me first.

I’m not even sorry about it.
Fine. Maybe I am. A little.

That’s the only explanation as to why I just agreed to play his fake girlfriend so he—we—can win a million dollars in the hottest reality show contest ever filmed on campus.

Don’t get it wrong though, Sebastian and I may look like we love each other, but everyone knows reality TV is nothing but scripted lies and staged kisses.

A self-proclaimed reader enthusiast, Kristy started her writing journey back in 2009, reading and writing when her daughter was napping. Establishing her place in Corporate America (because something had to pay the bills), writing became her dirty, late-night secret.

After eight long years, she released her debut novel, Commander. It was a long road, but she can honestly say, the road less traveled had the most beautiful sights.

The only thing Kristy Marie loves as much as reading and writing is sports! Especially those that require muscles and a nice ass. Her favorite is, and always will be, baseball. She’s such a fan, that she even married her small town’s high school’s centerfielder where they still live with their three badass kids.