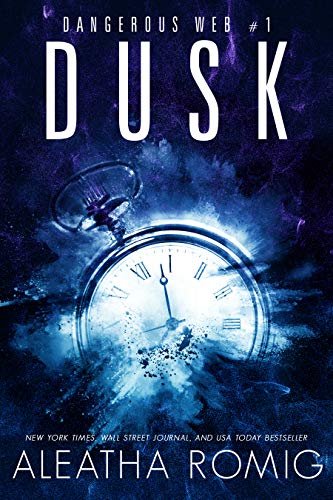 “When your whole world is shaken from all the risks we have taken, dance with me. Dance with me into the colors of dusk.” ~ Ben Harper.

I’ve served my country, a man, and a cause. I’ve given my whole being while at the same time finding its true meaning. There was no way for me to know that the day I met the men who were to become my best friends they would introduce me to the love of my life.

I am Reid Murray and I’ll kill without regret to once again dance in the dusk with my wife. This war has only begun. I won’t rest until it’s done.

From New York Times bestselling author comes a brand-new dark romance, DUSK, set in the dangerous world of Sparrow Webs. You do not need to read Web of Sin, Tangled Web, or Web of Desire to get caught up in this new and intriguing saga, Dangerous Web.

DUSK is book one of the DANGEROUS WEB trilogy that continues in DARK and concludes in DAWN.
Have you been Aleatha’d?