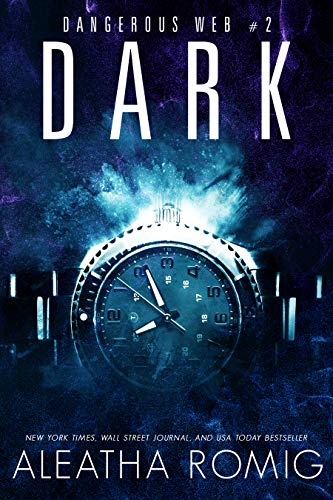 “Maybe you have to know the darkness before you can appreciate the light.” ~ Madeline L’Engle

Darkness has fallen upon the Sparrow world.
What seemed secure was breached, and what was assumed unattainable is possible.
In this dangerous underground world, we Sparrows took our power by force. As dusk gave way to dark, we Sparrows are once again determined to use any means necessary to recover what is ours, secure our stronghold, and defeat those who appear unconquerable.
The gauntlet has been thrown.
We will not retreat.
Darkness be damned. It is time for triumph.
I am Reid Murray.
For my wife and my brothers-in-arms, nothing, not even darkness, will stop the Sparrows from victory.

DARK is book two of the DANGEROUS WEB trilogy that began in DUSK and concludes in DAWN.
Have you been Aleatha’d?