🔥🔥 HOT NEW RELEASE! 🔥🔥
Only One Night by Natasha Madison is NOW LIVE!

ONLY ONE NIGHT
By Natasha Madison
Release Date: January 5, 2021
The Only One Series 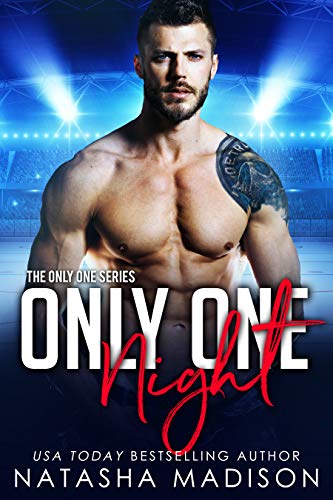 As captain of the Dallas Oilers, I was their leader on and off the ice. From the outside, it looked like I had the perfect life.

I was married to a woman who refused to give me a divorce. All she wanted was the status title, and all I wanted was to be set free.

It was supposed to be just another event, except it took a turn I didn’t see coming.

Attending my best friend’s bachelorette party isn’t something I was looking forward to.

But it’s strange what a couple of glasses of wine will do.

It was one night, and I thought I would never see him again.

Especially not coming face-to-face with him and his wife while picking up my nephew from hockey practice.

All it takes is one kiss, one touch, one chance, and only one night.