Falling Out of Hate with You, book 1 in the new enemies to lovers romance duet from Lauren Rowe is AVAILABLE NOW in ebook – FREE with Kindle Unlimited, Audiobook – narrated by Andi Arndt and Jacob Morgan, and Paperback!! 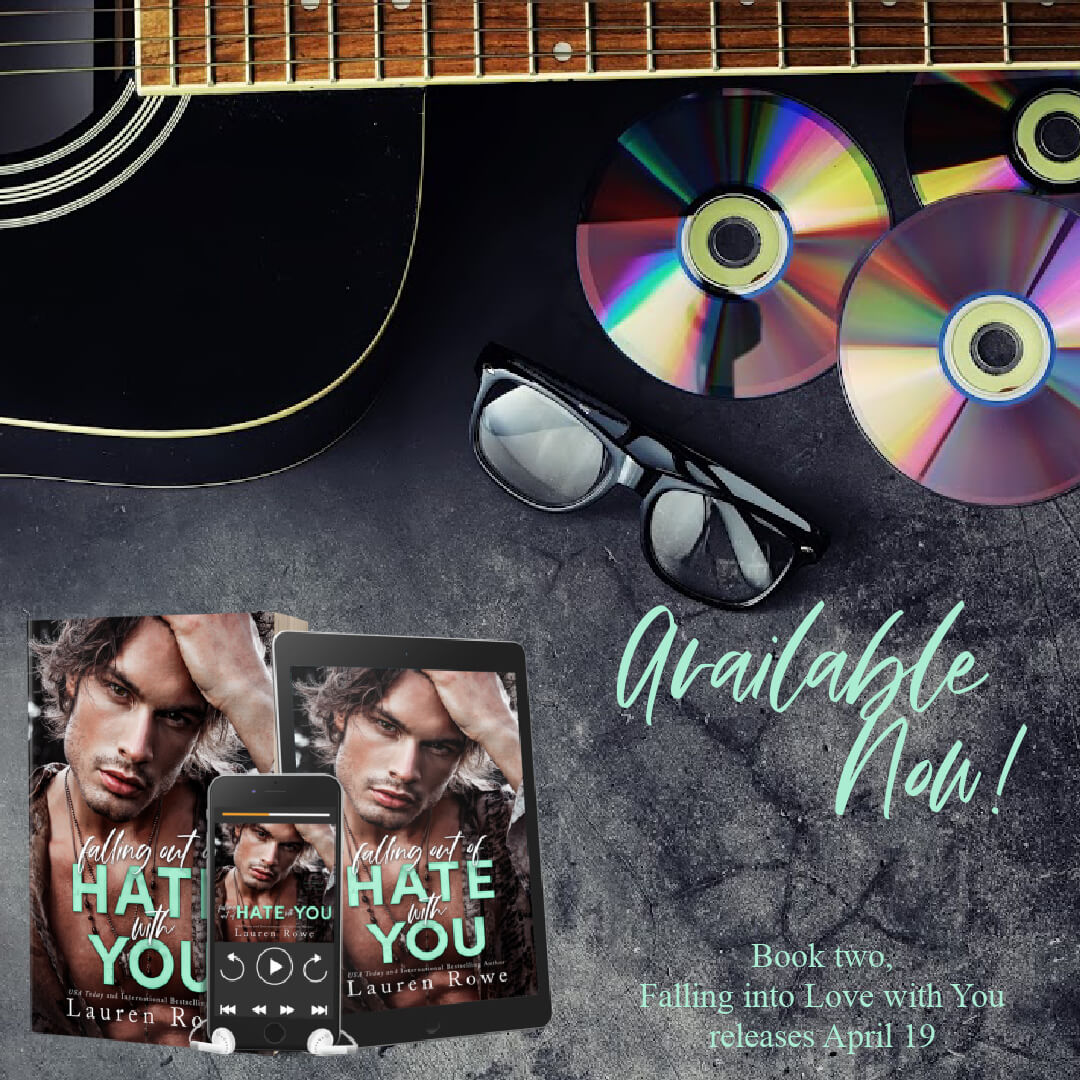 Book 2, Falling into Love with You is releasing in just FOUR days on April 19th, pre-order now! 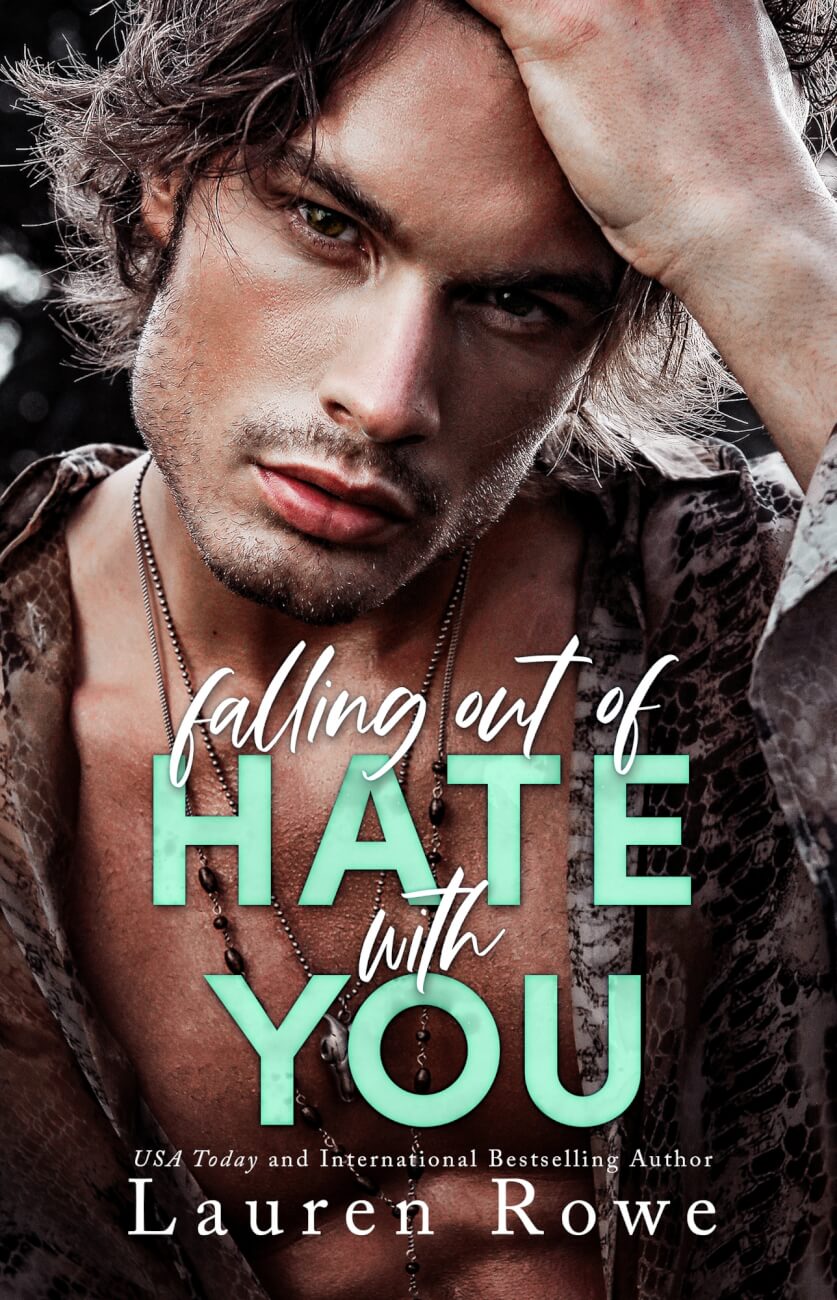 I’ve tried to like Adrian Savage, the mercurial frontman for Fugitive Summer, while serving as his band’s opening act on tour. We’re stuck together for three months, after all. And I’m well aware I’m lucky to be here.

But it’s proved impossible. He’s far too rude and dismissive a guy to get along with. And way too good at getting under my skin. In fact, at this point, I think it’s fair to say I downright hate his guts.

Global thirst trap that he is, though, I’m finding it extremely difficult not to want to jump Savage’s bones, despite how much he infuriates me. I hate myself for it. But my body is going rogue on me. It doesn’t matter, though. I’m determined to resist him.

In fact, what I’ve decided is that, as long as I’m here and stuck with him, I’m not only going to give Savage the sound tongue lashing nobody else around here has the balls to deliver, I’m going to bring that bad boy to his knees. 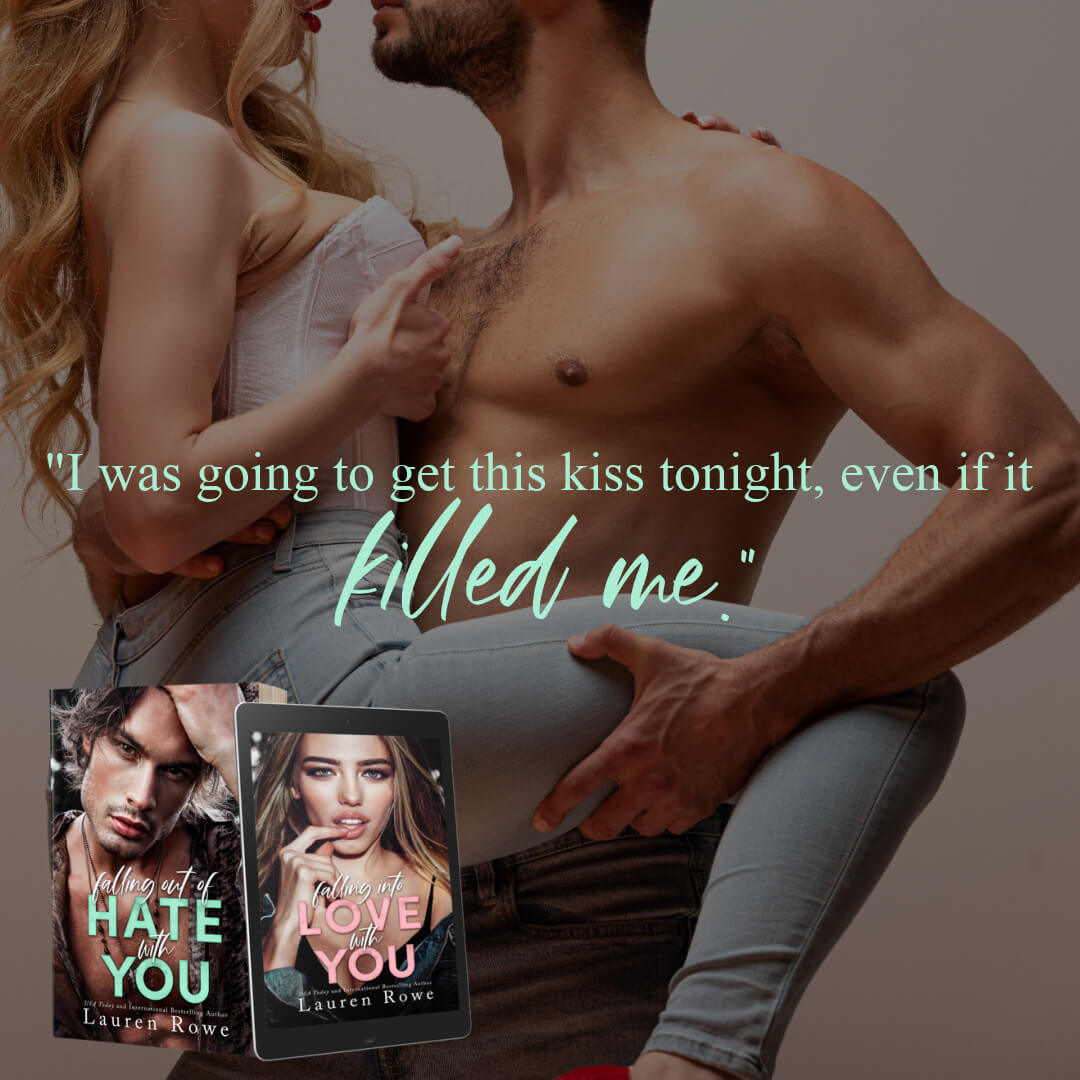 PRE-ORDER Falling Into Love with You #2!
https://geni.us/LB8mW2

Lauren’s books are full of feels, humor, heat, and heart. Besides writing novels, Lauren is the singer in a party/wedding band in her hometown of San Diego, an audio book narrator, and award-winning songwriter. She is thrilled to connect with readers all over the world.