Carnal (adjective):
1) Relating to the pleasures of the body
2) Given to sensual indulgence
3) The man who kidnapped me

Carnal Urges, an all-new standalone mafia romance from J.T. Geissinger, is coming June 30th and we have the steamy cover!

The devil has blue eyes, an Irish accent, and a hatred for me that runs deep.

He blames me for starting a war.
Consorting with his enemies.
Getting his men killed.

Though I’m innocent on all charges, he wants his pound of flesh.

With an eye on revenge, he makes me his captive.

But as we’ll both soon discover, there are more powerful urges than that for revenge.

When the devil meets his match but she’s his sworn enemy, that’s when the real war begins. 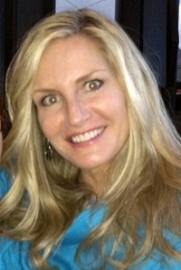 J.T. Geissinger is a #1 internationally bestselling author of emotionally charged romance and women’s fiction. Ranging from funny, feisty romcoms to intense, edgy suspense, her books have sold millions of copies and been translated into several languages, including German, Hebrew, French, Czech, and Japanese. The film & TV rights to her Night Prowler series have been optioned by the BAFTA-winning studio that created VFX for movies such as Avatar, X-Men, and The Avengers.

She is a three-time finalist in both contemporary and paranormal romance for the RITA® Award, the highest distinction in romance fiction from the Romance Writers of America®. She is also a recipient of the Prism Award for Best First Book and the Golden Quill Award for Best Paranormal/Urban Fantasy.

She’s a Southern California native currently living in Nevada with her husband and rescue kitty, Zoe.