They say you never forget your first.
Falling for my roommate is a terrible idea.

The Heartbreaker by Claire Contreras is now live! 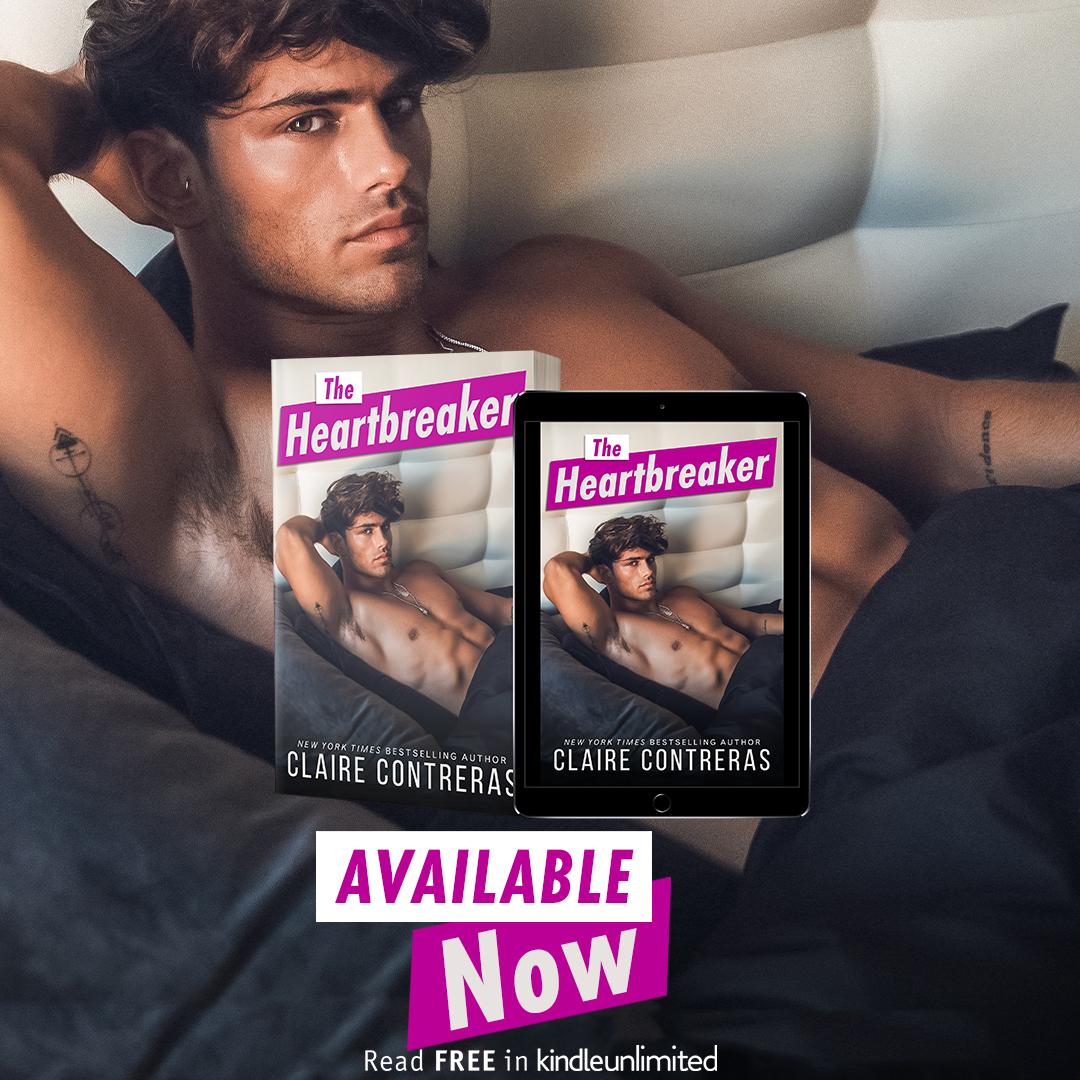 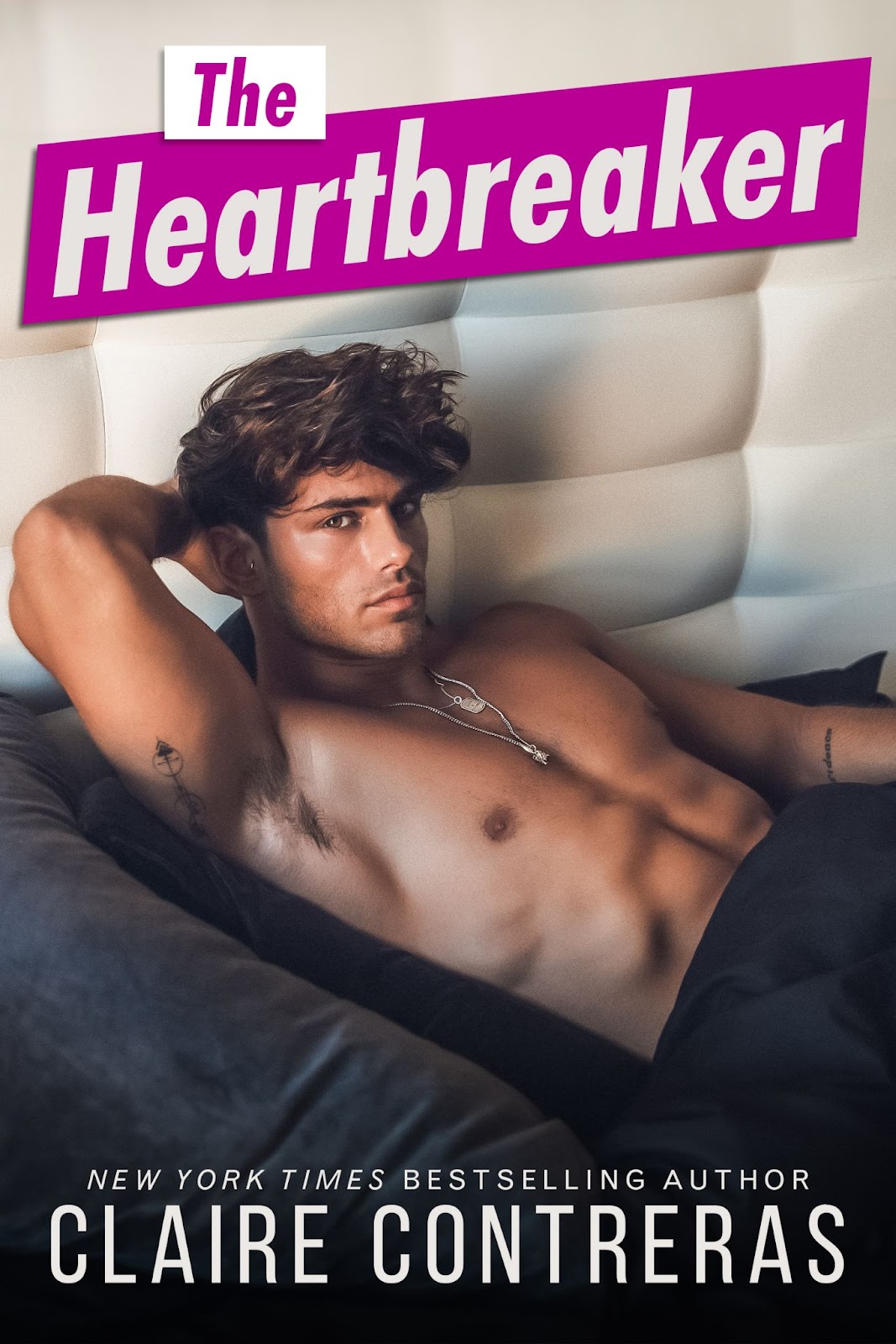 They say you never forget your first.

Jagger Cruz, the popular, gorgeous, athletic, heartbreaker, was my introduction to college flings.

Over the years, I’ve tried to pay no attention to every wicked rumor I heard about him, even though deep down I knew they weren’t just rumors. Unable to face the consequences of what we’d done, if we were ever in close quarters, I ran in the other direction. If we were coincidentally put in the same class, I dropped it.

Avoidance was the name of the game and so far I was winning.

That is, until we’re assigned the same apartment.

Living with Jagger during my last semester was definitely not in my plans, but I’m determined to make it work. As long as I don’t look at him for too long or let his innuendos get under my skin, I should be fine, right? I have to be.

They say hooking up with your roommate can be messy, and losing my heart to Jagger would be disastrous. 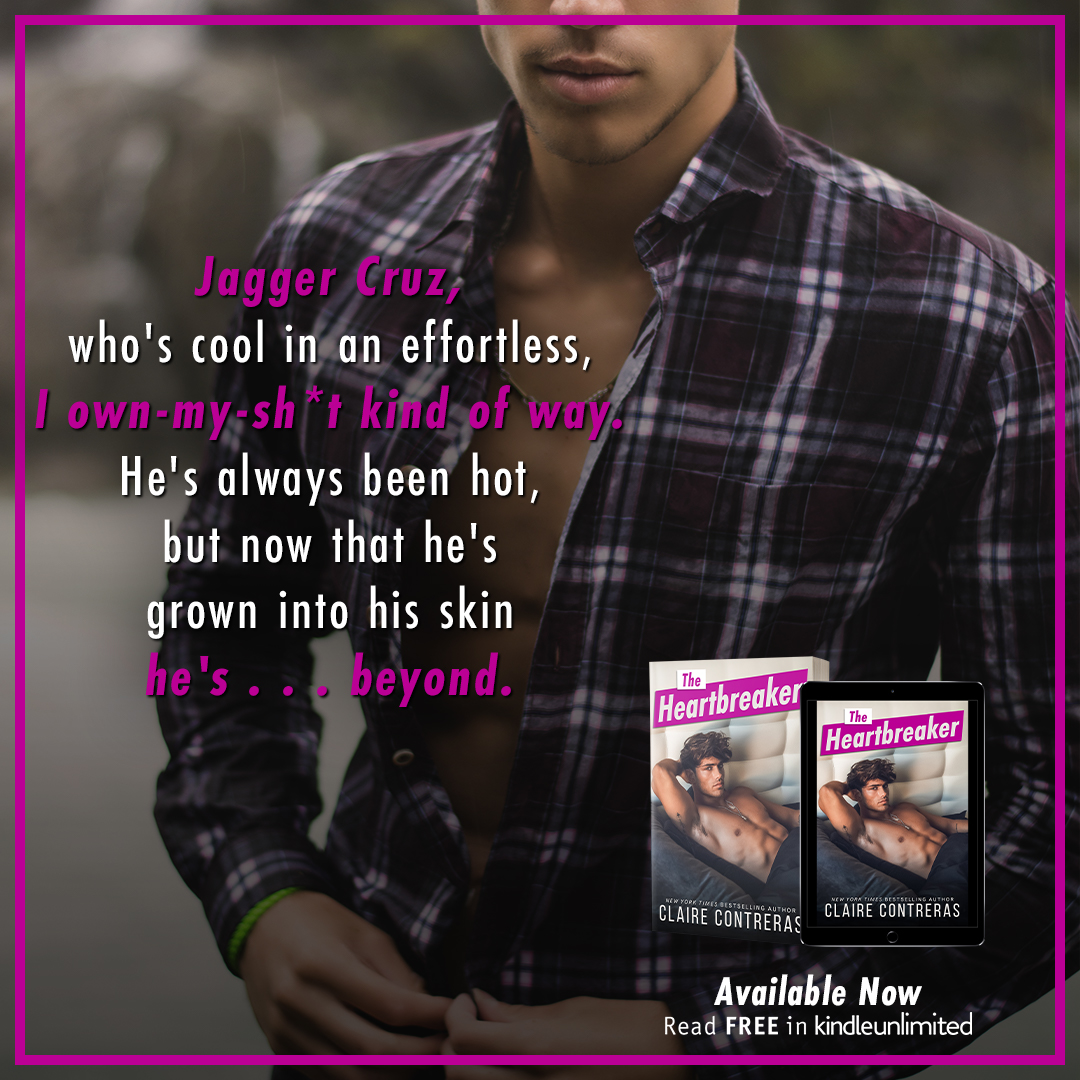 It’s been a while since my last Claire Contreras’ read and The Heartbreaker sure was a delightful, angsty and sexy treat. As soon as I read the blurb for this one, it reminded me how much I enjoyed my first (and still favorite!) book I’ve read by this author (The Player). While being a pretty easy read, with not too much drama, Claire’s new release has a lot of potential and many aspects I love about a romantic read. A mix of enemies to lovers, second chance romance and forced proximity that will have you addicted from start to finish!

The Heartbreaker is Contreras’ newest standalone and it focuses on the love story between Josephine Canó and Jagger Cruz. Part of two families who are very close, the connection between them has always been there. Four years before the actual story starts, they have an unforgettable and fateful night that completely changes their relationship. Now it’s the last year of college and Jo has been avoiding Jagger since then. Jagger is not having it, he “hates” her and he tries to focus on the people who actually are interested in him. But what happens when they are forced to become roommates? The past comes back, together with their intense chemistry, and it’s not that easy to avoid each other anymore.

We were friends once, before we went and messed that up by hooking up. Maybe we can get back there. Maybe, but doubtful, because for some inexplicable reason, I feel things I shouldn’t when I’m around him.

As I said, this novel has a mix of many themes / troupes I enjoy in the romance genre, and Claire did a very good job mingling them. What made this story is for sure the two main characters. Both Jo and Jagger have been hurt, they are still going through some stuff and they are now forced to face the consequences of that memorable night. I loved that The Heartbreaker also has that feel of “I have always wanted / loved you”. It brought depth to the development of the story, those feels that I am a sucker for and that type of slow burn that when finally explodes is incredibly intense.

“I’ve wanted you every day since and seeing you with him was like eating glass. Is that what you want to hear? Is that what it’ll take for you to finally pick me?”

Yes, I do have to also say, this is not my favorite from this author, it’s not a very unique love story but it still is a beautiful and passionate romance read that will be perfect treat for anytime you want to enjoy a story with these themes/troupes. It has two complex main characters, a whole amazing crew of secondary ones, a lot of sexual tension and consequently a sizzling chemistry and a whole array of emotions. Jo and Jagger finally get that second chance and I loved when they accepted their feelings for each other. I wish we had longer epilogue though because it felt a bit rushed but it still was oh-so-adorable!

“I love you, Josephine, and I want to spend the rest of my life with you. I have a million questions about my future, but you’re not one of them.”

Therefore, I am rating The Heartbreaker with 3.5-4 STARS because I thoroughly enjoyed this love story and the intense relationship between Jo and Jagger. Their second chance was beautiful to read and I hope Claire has more in store for us because I am so curious about the rest of the characters we have been introduced to! Be sure to check this emotional story out guys, especially if you enjoy enemies to lovers, second chance and forced proximity romance! 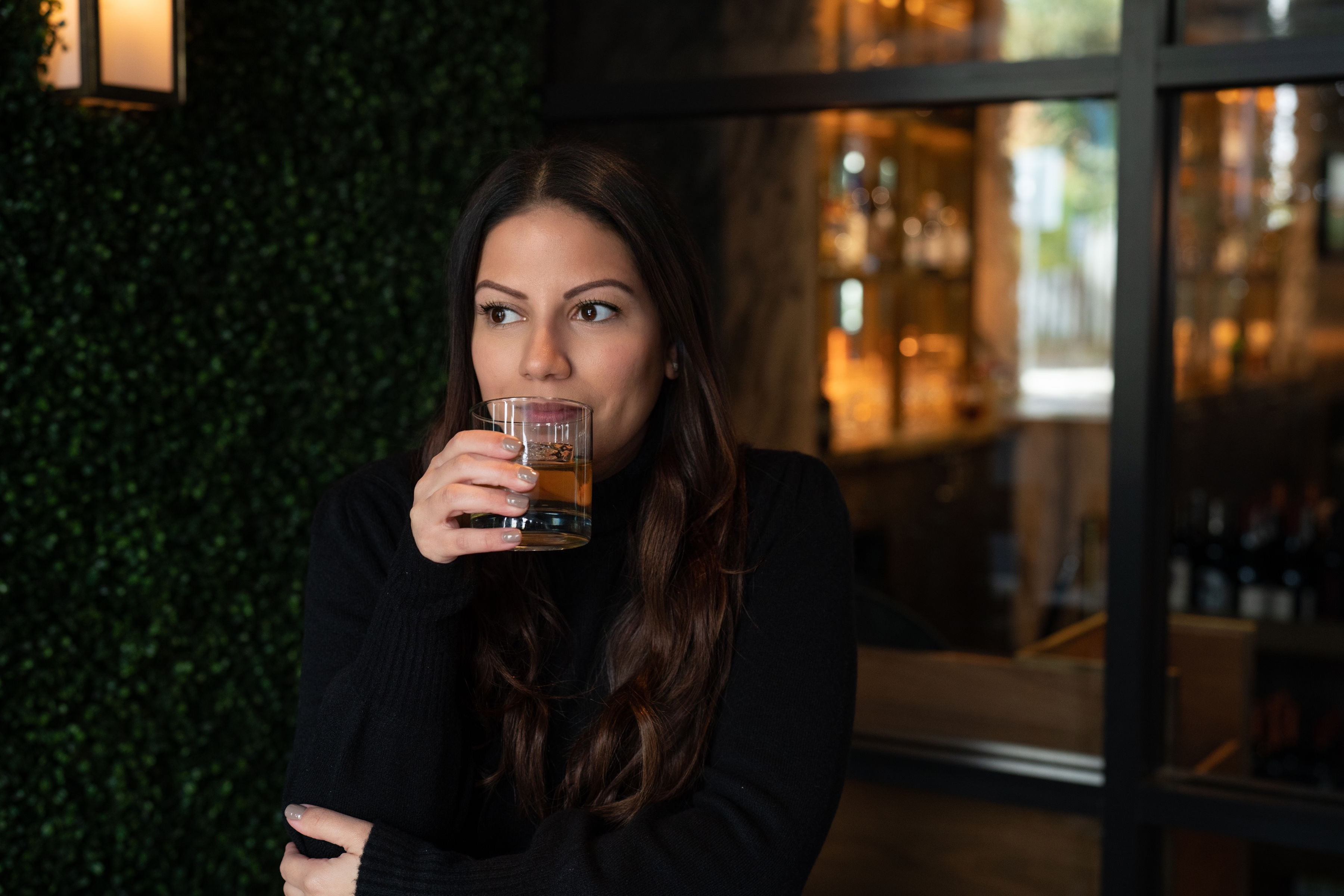 She was born in the Dominican Republic, raised in Miami, and now lives in Charlotte, NC with her husband, two adorable boys, and French Bulldog. When she’s not writing, she’s usually lost in a book.